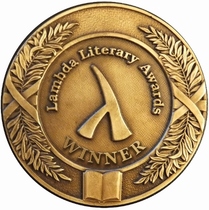 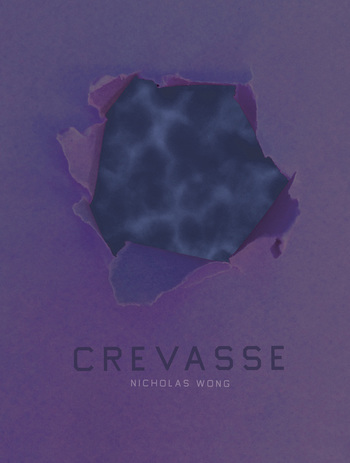 Strange as it is to live in a human body one wants language to give full rein to that strangeness. I am worried in Nicholas Wong's poems--as it should be--and I worry them, meaning I turn them over in my mind because I want less to understand them and more to be able to fit into them like odd garments. Wong is given to mad language, he ransacks the known, he's not concerned with my comfort, thank god; he only wants to lay me down some knowledge. And that he does I do believe. Crevasse is deep. I go wildly in. — Kazim Ali

Nicholas Wong’s Crevasse inhabits the fiery crossroads that connect sexuality, masculinity, language, and race—a radical space that challenges the stubbornly trite assumptions about queer and Asian identities. His poems shape a fierce voice—techno savvy and street smart, sophisticated and politically charged—which allows the reading journey to coast from witty to wise, frequently turning the corner into poignant and provocative. What an exhilarating book! — Rigoberto González


"Either way, I guillotined my past," writes Nicholas Wong in Crevasse, and it is with such conviction that these poems permission themselves into our psyche. They are unmistakable in their sense of trespass and discovery. They attempt large themes, negotiating the erotic with the social collective. They are citizens that both honor and refuse their republics. Wong writes through the body as a way of finding a new hierarchy for the way bodies are seen and valued. This is a book of seared seeking, a restlessness that opens, a poet ''carry[ing] a torch in broad daylight,' which is now, thankfully, in our hands. — Ocean Vuong

It is especially refreshing to encounter a poet who is as equally adept at excavating the sources and shapes of sentiment and passion as he is at untangling the knotty business of thought and meaning in verse.  In these poems of lyric grace and sharp intelligence, Nicholas Wong has written a bracing symphony to lonesomeness that is disarming, charming, and intellectually tough. — Kwame Dawes

“Uncircumscribed poets/believe madly in/breadth, depth, spaciousness,/the atomic brain,” Nicholas Wong writes in Crevasse. In poems that careen, collide, and collage, Wong makes use of multiple discourses while also confronting them. This is poetry that is unashamed to be relentless—Crevasse widens the eyes and restarts the heart. — Tarfia Faizullah


Deftly cleft and radically inventive, Nicholas Wong's Crevasse blows a hole right through our expectation of what contemporary poetry is supposed to look and to sound like, offering us a surprising celebration of and elegy for our disposable, sanctified bodies. Wong anagrams "capitalism" into "I am plastic," seduces us with "jargons that renew the old curve," and provides us with "hand-made happiness" that resonates like few new books do.  Full of wit, but never glib, spectacularly sexual but never profane, deeply intelligent but never ostentatious, this book is a genuine revelation, providing us with erasures, adaptations and mistranslations that are urgent and essential, and rendered in an unmistakeable style, a memorable voice all his own. Nicholas Wong is the future of poetry and with the publication of Crevasse, that future is now. — Ravi Shankar

The crevasses of Crevasse are geological and anatomical, but Nicholas Wong does not plumb their depths; instead, his openings stay with the edges and aftermaths of feeling. There is a sharpness to these finely witnessed portraits and self-portraits that cuts into the heart all the while invoking the contexts, aesthetic and political, that unsettle the meanings of his words. And these formations and deformations are wrought with so much clarity and such beautiful sounds; this is exciting poetry that teases us with what can and can't be written about the self, what binds the heart and what breaks it. — Josephine Park

Nicholas Wong is a poet of the body, and for him even the poem is a body.  In Crevasse, the poems breathe and hunger and drink. They are after what all human bodies want: life, vitality. Or as Wong himself puts it, "Every death is a local event every local/avoids..."  Line to line, these poems juxtapose all a body touches; this is a book of action. — Demery, Jericho Brown 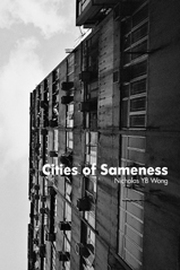 Buy from Amazon
Buy from Barnes and Noble
Praises of Cities of Sameness:

These are breath-taking poems: provocative and uncompromising in their relentless anatomies of the subjected body.  In these fiercely intelligent poems Wong creates wheels of revelations and then rolls them right through our assumptions.
-- Lee Upton, author of Undid in the Land of Undone


The only permanent architecture is the act of undoing, Nicholas YB Wong writes in his poem "Demolition," and by that standard, the poems in Cities of Sameness are recitations of whimsical and enduring edifices that loosen the strands of dulled perception until what's truly original radiates and compels. This extraordinary first collection includes the little known anatomical facts of poets, the wily tricks of the Monkey King and the gift of a penis for Sharon Olds. Wong is the future of global poetry, refracting Hong Kong through the lens of American poetics and masterfully peopling his poems with bodies, anonymous and intimate, that take shape to touch us in new forms before disappearing in a haze of longing. Everybody has the same, the title poem assures us, but this is a collection unlike any other, announcing the arrival of a marvelous new voice.
- Ravi Shankar, founding editor of Drunken Boat and author of Deepening Groove

REVIEW OF THE BOOK IN CHA